If you like this recipe come back on www.happystove.com and rate it!

Homemade Spicy Ajvar Sauce is a popular bell pepper based Balkanic sauce used to dress cevapcici (little sausages), steaks or vegetables. May be prepared either hot or mild. Delicious!

To browse other recipes using that ingredient click on the

Wash the tomatoes and lay them in a baking pan.

Bake the tomatoes at 350F until they are soft and tender. Remove from the oven, cover with cold water and peel them.

In the meantime, wash the bell peppers and cook them whole on a grill or griddle. Let cool a bit by washing them under cold running water. Peel them and remove the seeds.

Finely chop the tomatoes and the green bell peppers with the hot habanero peppers. Set apart.

Add in the pan the chopped garlic and the previously prepared tomato, bell pepper and hot pepper sauce.

Cook until the sauce is almost set, resulting thick and creamy.

You can adjust the spiciness of your Ajvar sauce to obtain mild to extra hot versions.

Ajvar sauce is perfect to dress cevapcici, sausages and beef steaks. You can also use your homemade Ajvar sauce to dress grilled or steamed vegetables.

In some areas this recipe is also prepared using eggplants. Just process 2 large eggplants as described for the bell peppers by grilling, peeling and removing the seeds.

A delicious, easy and wallet friendly spicy pasta for your last minute dinner. Enjoy the simplicity of extra virgin olive oil, garlic and hot peppers that make this pasta an easy and yummy meal. Light and tasty!

Ricotta Cheese Crostata is a delicious traditional Italian pie with a rich and full taste. Made with simple and wholesome ingredients and prepared from scratch, this dessert is perfect when enjoyed with your choice of coffee or hot tea.

A middle eastern flavor in this smooth, creamy and easy hummus sauce recipe with garbanzo beans, tahini and garlic. Great as appetizer or snack. Perfect for your finger food parties!

A mix of bell peppers, eggplants, zucchini for a tasteful and colorful traditional French recipe. Ratatouille is great both cold and warm as side dish or as main meal.

An original and yummy casserole recipe with pumpkin and potatoes, ideal as a side dish or starter. Perfect for your fall or Halloween meal.

Insalatonna Salad is an easy and healthy Italian recipe that can be a delicious starter, a fresh side dish or a whole light meal. The original name is the fusion of the Italian words Insalatona and Tonno. 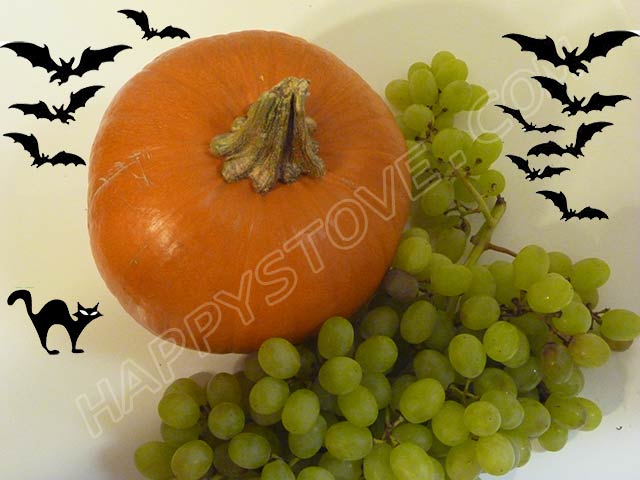 Halloween Time - Are you in for a Yummy Nightmare?
READ MORE...

Enjoy this delicious gazpacho soup made from scratch with raw vegetables. Light and diet friendly, this recipe is perfect...

Easy and quick, this recipe for stir fried kale with cubed ham brings on your table the healthy benefits of kale and the... 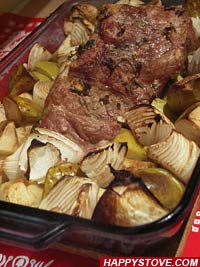 Apples and onions are the main ingredients of this unusual roast pork loin recipe. The tart and... 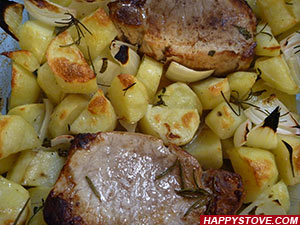 An easy and tasteful recipe for oven-baked pork loin. The mix of herbs gives a characteristic... 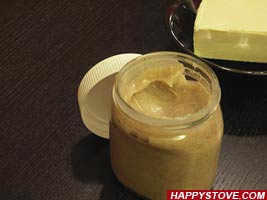 This is the recipe for a white homemade Nutella. A sweet white chocolate spread cream with a...